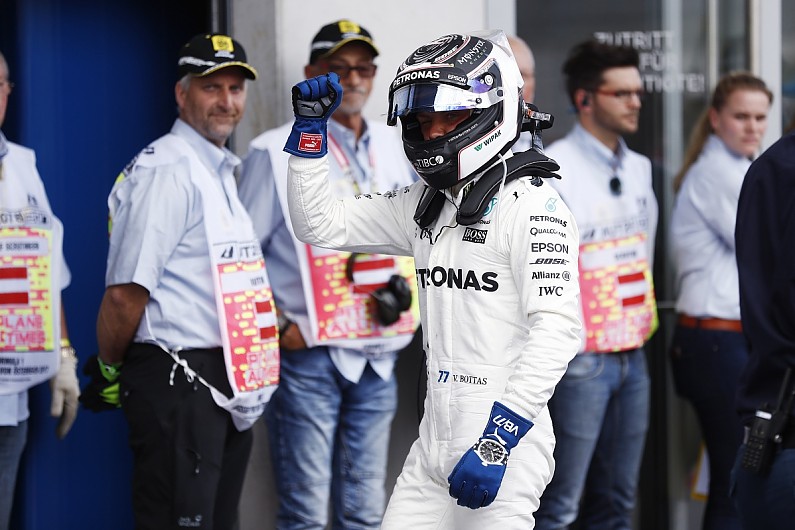 Valtteri Bottas narrowly beat Sebastian Vettel to pole position for Formula 1’s Austrian Grand Prix, while Lewis Hamilton will start no better than eighth thanks to a grid penalty.

Bottas’s Mercedes led Vettel’s Ferrari by less than a tenth after the first runs in Q3, with Hamilton’s Mercedes 0.131 seconds further back in third.

Hamilton was already more than two tenths down on his earlier best through the first sectoron his second lap and he also suffered a wobble on the exit of Turn 4, so would not likely have qualified better than third fastest.

He used super-soft tyres to progress through Q2, so will start the race on an alternative tyre strategy in the wake of his impending five-place grid penalty for an unscheduled gearbox change.

The second Ferrari of Kimi Raikkonen was fourth quickest, just ahead of Red Bull team-mate’s Daniel Ricciardo and Max Verstappen, who was struggling with oversteer through Turn 3 before his high-speed spin. 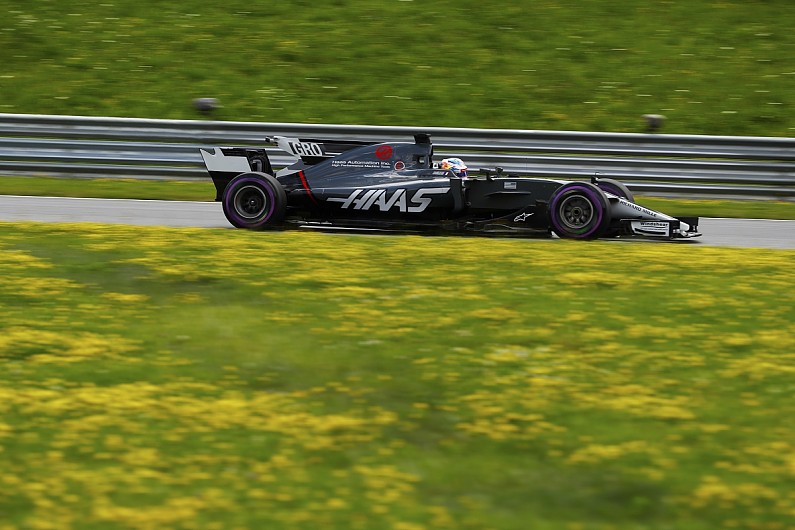 Grosjean ended up seventh fastest thanks to a strong first run, while Force India team-mates Sergio Perez and Esteban Ocon were eighth and ninth, separated by less than a tenth.

Carlos Sainz Jr’s Toro Rosso made Q3 for the first time since May’s Monaco GP and rounded out the top 10.

Hulkenberg was only five thousandths of a second quicker than Fernando Alonso’s spec-2 engined McLaren-Honda, which failed to improve during its second run.

Alonso’s team-mate Stoffel Vandoorne, running the quicker spec-3 Honda engine, was happy to qualify 13th, the 0.139s gap to Alonso being the closest Vandoorne has managed to get to his illustrious team-mate so far this season.

Daniil Kvyat endured a difficult session and wound up only 14th fastest in the second Toro Rosso, while Kevin Magnussen ended up last of the Q2 runners, having failed to participate in that segment of qualifying after his Haas suffered a rear suspension failure in Q1. 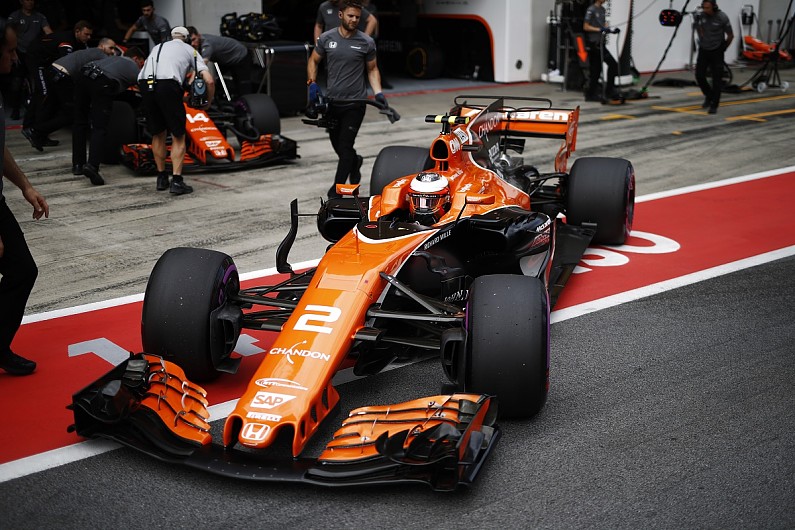 Vandoorne escaped Q1 for only the second time this season, denying Renault’s Jolyon Palmer a place in Q2 by just 0.029s with a late improvement.

Palmer failed to improve on his final lap, dropping nearly a tenth compared to his earlier best, so he wound up 16th.

Williams endured its worst qualifying session of the season, with both drivers failing to escape Q1.

Felipe Massa was more than two tenths away from making the cut and only 17th quickest, while rookie team-mate Lance Stroll was another 0.074s down in 18th.

Marcus Ericsson got the better of Sauber team-mate Pascal Wehrlein to avoid wooden-spoon status, lapping only 0.249s away from Stroll, having been more than half a second off the next fastest car in final practice.

F1 shouldn’t moan about calendar expanding up to 25 races – Todt
Alonso’s car suffers damage after double rollover in Dakar stage 10
New Saudi Arabia circuit in Qiddiya could host F1 race from 2023
Horner: Only a ‘rabbit out the hat’ will stop F1 ’20 being a classic
Nissany set for F1 FP1 outings as new Williams test driver