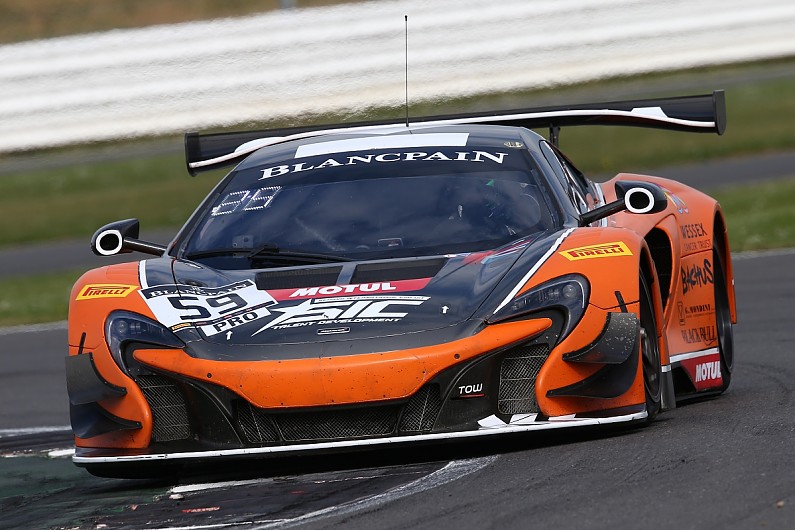 Dean Stoneman has stepped down from his Blancpain GT Series drive with the Strakka McLaren squad ahead of next weekend’s Spa 24 Hours.

The 26-year-old Briton had made the switch to GT racing at the start of this season, having contested GP3, Formula Renault 3.5 and Indy Lights since recovering from testicular cancer.

But it was announced on Friday that Stoneman won’t be participating in the remainder of the season following a string of disappointing results.

“It’s a regrettable decision, but the season just hasn’t gone as I had hoped,” said Stoneman.

“I will now regroup and examine all future opportunities.”

Strakka Racing team principal Jay Davenport added: “We enjoyed working with Dean this season. We’d like to thank him and wish him the best for the future.”

Stoneman’s place in Strakka’s #59 line-up will be taken by 2016 Renault Sport Trophy champion Pieter Schothorst for next weekend’s Spa 24 Hours.

Another yet-to-be-named driver will then fill the vacant seat alongside Watson and Jaafar for October’s final round of the Endurance Cup in Barcelona.

“I raced against the team in Renault Sport Trophy in 2016 and I was highly impressed by its approach, commitment and just the way it goes racing.

“This will be my third Spa 24 Hours and I want to bring some of my experience of the event to the team. A huge thanks to McLaren GT and Strakka for this opportunity.”

Davenport added: “We know how good Pieter is, both from the RS01 but also his performances in the WRT [Audi] R8 this year.

“He’s a great addition to our line up, bringing speed and experience.”