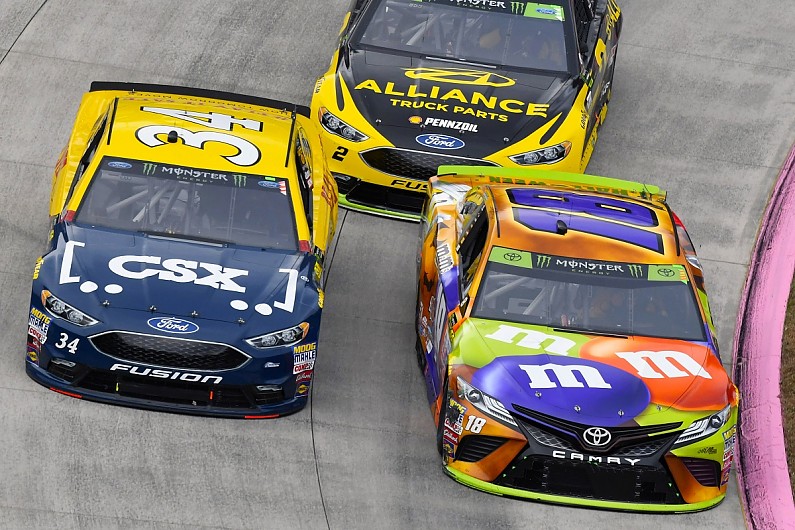 NASCAR Cup team Front Row Motorsports has ruled out dropping Ford and taking the vacant Toyota alliance made available by the championship-leading Furniture Row team dropping back to one car.

It had been rumoured that Toyota was courting Bob Jenkins’ Front Row team, a two-time Cup race-winner that has used Ford equipment since 2010.

Toyota has funding and technical assistance available as Furniture Row will not replace the Joe Gibbs Racing-bound Erik Jones in its second car and will return to running only playoff leader Martin Truex Jr next year.

“For right now, I think the best step for Front Row is to continue where we’re at and get a little more help in that respect from both camps, and I think we’re in a position to do that,” Freeze told Autosport.

“That’s been more of our focus, just trying to enhance the current relationships with the current partners that have been really good to us over the years.”

While switching to a new manufacturer was considered potentially taxing for the small Front Row team, Ford has also sweetened the deal by offering a ‘tier 1’ engine programme and Roush Fenway cars for superspeedways and road courses so Front Row can focus its resources on the intermediate tracks.

“Rather than just walk away and starting over somewhere else, we think staying put is probably the best place for us for next year,” Freeze added.

Front Row wants to get its Ford deal sorted before finalising its driver line-up for 2018.

Michael McDowell, who has lost his Leavine Family Racing seat to Hendrick refugee Kasey Kahne, appears to be in line for Landon Cassill’s Front Row seat.

Freeze said the “intention” was to keep Cassill’s team-mate David Ragan, who scored Front Row’s first win at Talladega in 2013.