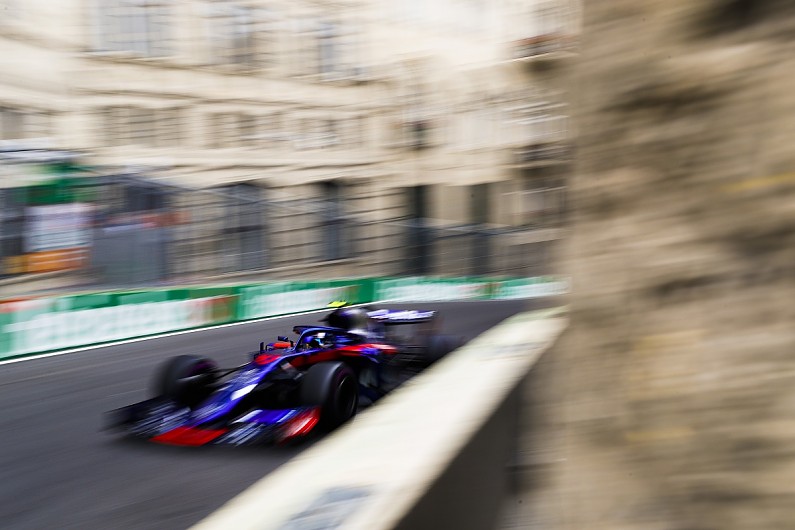 Gasly was passed by Magnussen through the flat-out kinks of Turns 17, 18 and 19 in the opening practice session but drafted his rival back on the blast towards the start-finish line.

The two drivers ran side-by-side on the run down to Turn 1 with Gasly inadvertently squeezed towards the outside wall by the Haas.

They escaped without making contact and Gasly said: “Kevin overtook me as I was starting the lap, so I thought he was going to cool down the tyres [after crossing the line].

“He sort of pushed me out. It was quite dangerous.

“I don’t know how much space we had between the two cars but at some point I thought he was almost going to take my front wing out.

“We were quite close to having something spectacular.” 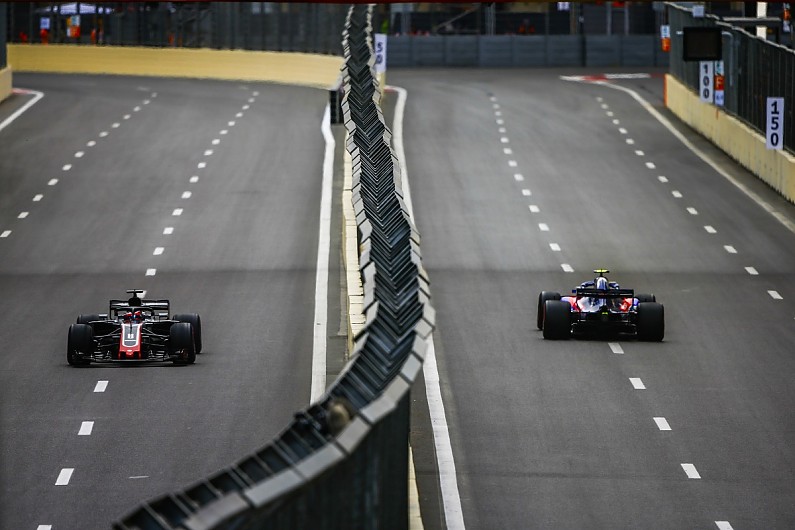 Gasly spoke with Magnussen during the drivers’ briefing, where he also talked to the other Haas driver Romain Grosjean after a similar incident.

Magnussen said he did not even know Gasly was alongside him, and Gasly admitted there was probably little that could have been done to avoid it.

“It was so difficult to know who was pushing, who was cooling down,” he said.

“Baku is so special with the tyres, some people push many laps in a row, others push-cool-push, so we face a situation we don’t really have on other tracks.

“When I saw both Haas coming behind me, first of all I gave them a tow – I could have backed out – I expected them to let me past straight after but they were pushing again.

“Maybe next time I can make sure they are far enough not to overtake me before Turn 1.

“For sure I’ll try something different because it didn’t work out for them or for me.”

Grosjean said his incident with Gasly was caused by his compatriot not letting him past at Turn 15 or 16, which meant the Haas driver had to back off through the final kinks but still got ahead.

“I overtook him, he tried to overtake me back, but I was launching another lap,” he said.

“I knew he was on the right-hand side, but I didn’t know why he wanted to play, while he didn’t let me by earlier.”