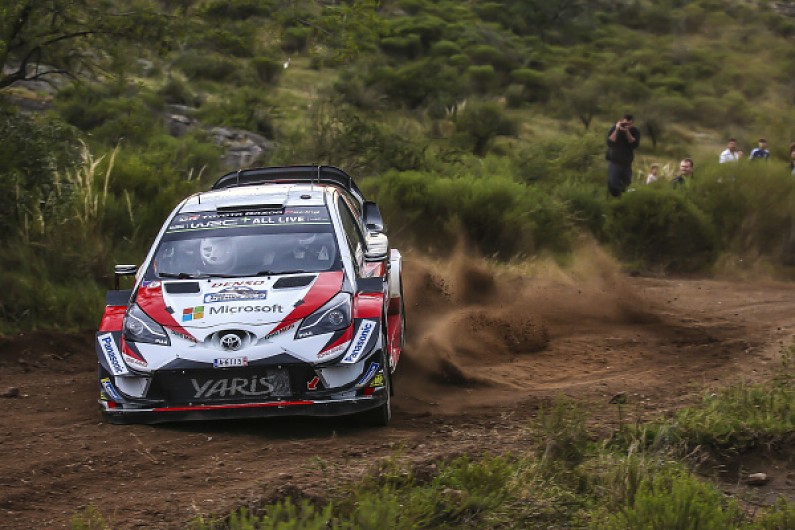 Having spent the morning charging from ninth to second following an early mistake, Tanak quickly deposed Andreas Mikkelsen from first place on the superspecial that preceded the lunchtime service.

Tanak then went quickest on all three of the afternoon’s full-length stages with a pace the rest of the field could not match, despite being third in the running order on roads where the dust-clearing effect had a significant impact.

Mikkelsen’s challenge for victory went awry immediately after he lost the lead, as a puncture on the next stage, Las Bajadas dropped him to eighth.

It also left the Hyundai driver without a spare tyre for the rest of the day and he was only able to regain one spot before the end of the leg.

Kris Meeke therefore moved up into second place for Citroen, despite a puncture of his own near the end of the day’s final stage. He currently holds the position with a six-second margin over battling Hyundai drivers Thierry Neuville and Dani Sordo.

The team-mates swapped places through the afternoon and will begin Saturday just 0.9s apart.

Running first on the road hampered World Rally Championship leader Sebastien Ogier and he slid back to fifth place through the loop, with Craig Breen closing on him in the second Citroen.

Esapekka Lappi and Teemu Suninen also sustained punctures during the afternoon and are eighth and 10th, sandwiching an off-the-pace Elfyn Evans.

Jari-Matti Latvala’s hopes of restarting for Saturday after his morning suspension breakage have been dashed as Toyota discovered there was also damage to the car’s engine oil lubrication system.

“My championship doesn’t look very good. I need to put this behind and trust in myself and the speed from the car – we know the car has the speed, we have seen this today.”