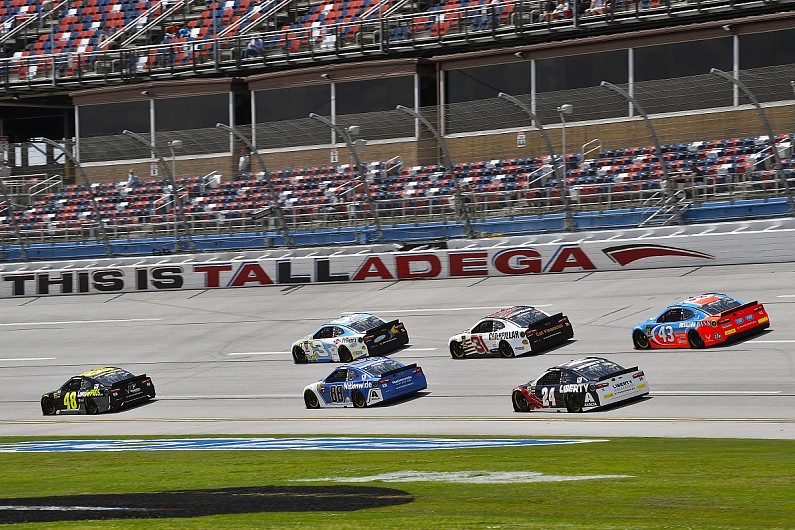 NASCAR has made a change to the aerodynamic rules package for this weekend’s Cup Series race at Talladega on safety grounds following Jamie McMurray’s huge accident.

Following a meeting between NASCAR and the Cup teams, the restrictor-plate size on the engines will be reduced from 7/8ths of an inch to 55/64ths of an inch.

The change – which should slow the cars by about 12 horsepower – will be in effect for both Saturday’s qualifying sessions and Sunday’s race.

“This is absolutely a safety issue,” a NASCAR spokesman said. “When we see cars leaving the racing surface, we’re going to react.”

McMurray set the fastest average lap speed during Friday’s final Cup practice session but shortly after turning the lap at 203.079 mph, he cut a left-rear tyre on his # 1 Chevrolet.

McMurray turned sideways and was hit broadside by Ryan Newman, which lifted McMurray’s car up and over Newman’s.

McMurray then barrel-rolled several times and hit the infield catchfence before coming to rest on all four wheels.

“As it started rolling the impacts weren’t that bad (but) I’m like, ‘I just want it to stop rolling’ at this point,” McMurray said.

“And I was just thankful no one else hit me while you are upside down or when you come to a stop.”

Drivers Ty Dillon and Daniel Suarez also got collected in the incident.

Less than an hour before NASCAR’s decision, driver Brad Keselowski predicted in his news conference that NASCAR would alter the aero rules as a result of the incident.

“I expect some fairly significant changes,” he said.