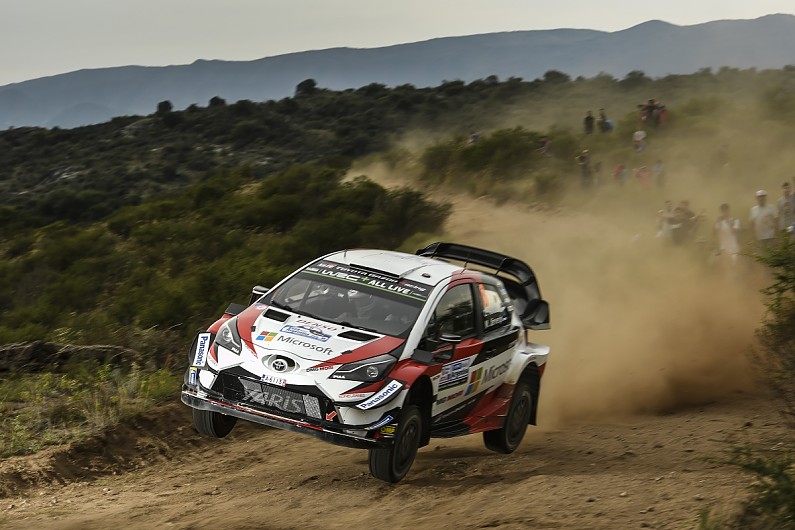 The only thing that can beat runaway Rally Argentina leader Ott Tanak is the weather according to the Toyota star’s nearest rival, Kris Meeke.

Tanak won all but one of Friday’s gravel stages, only losing the opener after hitting a rock and damaging the steering on his Yaris WRC.

Former Argentina winner Meeke, who is 22.7s behind Tanak, said: “It’s been impossible to follow Ott.

“You could be looking at differences measured in minutes in some of the stages – we’ve seen it before.”

After a day of bright sunshine, Villa Carlos Paz is bracing itself for storms coming in in time for the weekend.

Saturday’s stages take the crews west of the service park and up into the mountains, where the rest of the field will give chase to the leading Estonian.

“It’s been a good day,” Tanak told Autosport. “It’s frustrating that we could have been further ahead without the problem on the first one this morning. 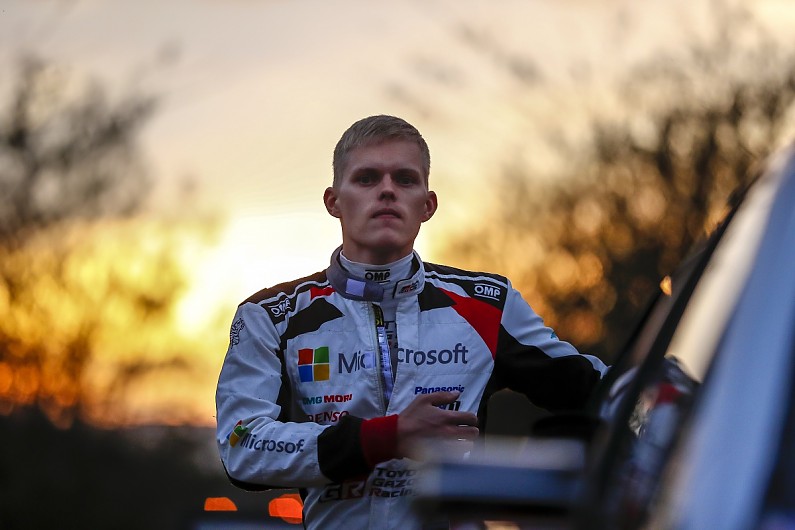 “These things shouldn’t happen, but we just have to get on with it.

“I wouldn’t say I was angry after the first one, I was just driving with a good feeling and that feeling has got better all day.

“I’m really starting to get comfortable in this car now.”

Tanak locating the sweet spot aboard his Toyota is a cause for concern among his rivals, not least for defending world champion Sebastien Ogier.

M-Sport Ford’s Frenchman, who has won three of this year’s four rallies, admitted he was struggling to land a maiden South American success in the face of such speed.

“Ott is flying at the moment,” said Ogier from fifth, more than half a minute down. “I don’t think we stand a chance.”

Running in the southern hemisphere’s autumn, the weather at Rally Argentina is changeable and heavy rain and dense fog is a regular feature of the event.

Motivation “in the clouds” for Espargaro after KTM Brno victory
Hulkenberg was Mercedes F1’s next choice after Hamilton for 2013
Dovizioso: Past Ducati set-ups not working on new MotoGP bike
Bell to replace Jones at Joe Gibbs Racing in NASCAR Cup Series
KTM says first MotoGP win didn’t come “by accident”