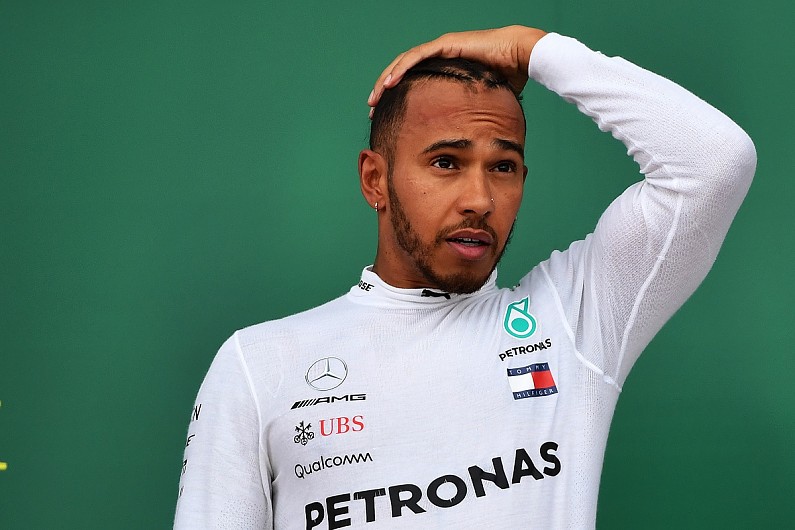 Lewis Hamilton believes other Formula 1 drivers would celebrate an inherited victory more than he did in Azerbaijan on Sunday, because he is “wired differently”.

Hamilton took the lead in the closing laps after Mercedes team-mate Valtteri Bottas suffered a right rear puncture, and he delayed the podium ceremony to seek out the Finn to commiserate with him post-race.

The reigning world champion believes he has been on the receiving end of races determined by luck in the past, with other winning drivers being more exuberant in their celebrations.

“This is a lottery race, and whether or not you use ‘gifted’ as the word, I don’t know if I would use that, but it was a fortunate race for me,” said Hamilton.

“I was standing on the podium believing that Valtteri should have been standing there, because I felt that he had earned it.

“It’s definitely different when you feel that someone else had earned it that day.

“The happiness they’ve had, doesn’t matter whether they’ve earned it or not, fingers up in the air… I’m just wired differently. 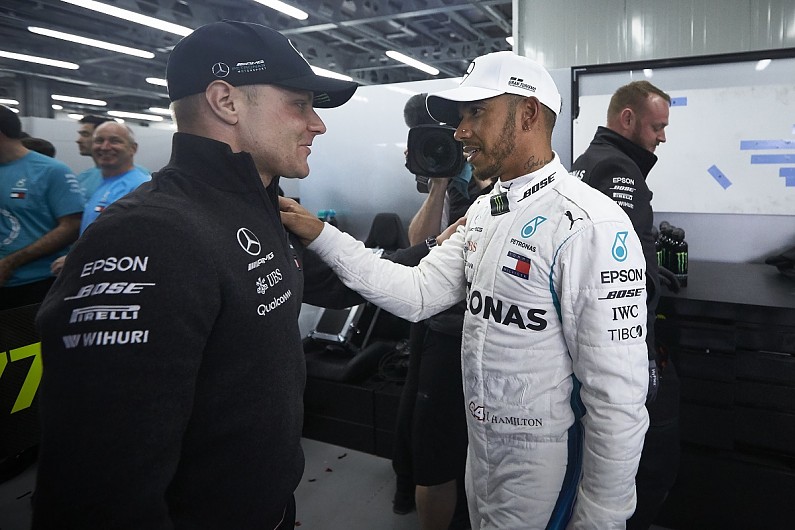 “I could have done that today. I still won, and you take what you get. But I like to win because I’ve outsmarted and outwitted and outclassed every driver out there.”

Hamilton felt his form in Baku was below his usual standard.

“Today I’m grateful for the win, but performance wise I feel like not entirely me, my performance didn’t feel like it was on par with what I’m capable of doing,” he said.

“I don’t feel completely unworthy of the win, I still drove really well through the race.

“If my normal level is eagle, birdie, today was kind of like partly par, and then a couple of bogies.

“That kind of day, if any of you play golf. And normally when I play golf it’s triple bogies!”

Asked if he saw the Baku win as justice for losing victory in Melbourne due to the timing of the virtual safety car: he said: “It doesn’t feel like justice and it doesn’t feel a relief either. I would say it’s quite a humbling feeling.