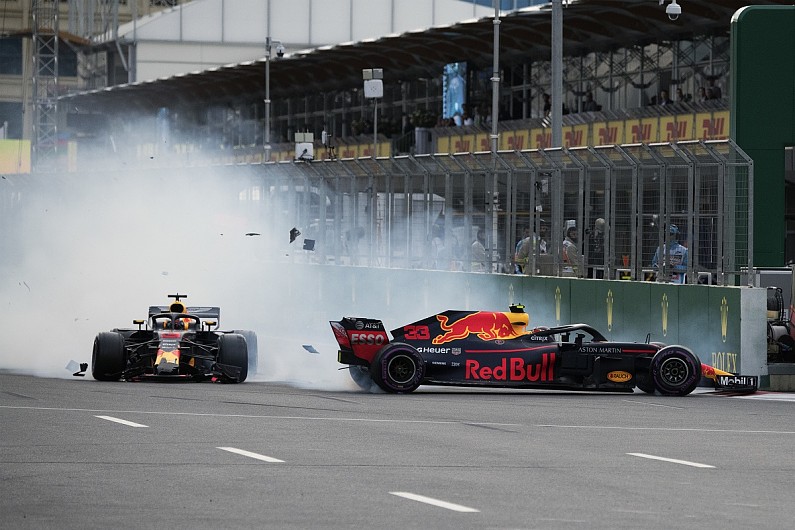 It wants to continue to let them race each other despite their Baku tangle, but will review its approach ahead of the next race in Spain.

“We’ve discussed it at length on many, many occasions,” Horner said.

“We even discussed it in the morning [of the race], that we wanted to avoid a repeat of Force India’s scenario from last year, and that we would allow them to race, but please allow each other space.

“Unfortunately that hasn’t happened. Our drivers have been racing hard, on the limit, but in our mind fairly, but then unfortunately this incident has happened.

“We will discuss it prior to Barcelona, but we want to continue to allow the drivers to race.

“It was a racing accident, they’re both equally culpable, not one or the other more to blame.”

He also dismissed Niki Lauda’s suggestion that if such an incident happened at his Mercedes team, the drivers would pay for the damage.

“The most important thing is that they both recognise that what has happened is unacceptable.

“F1 is a team sport, the drivers are one element of the team, they wear the overalls and they get in the car, they represent the 800 or so people that they’re driving for.

“I think both of them will have taken invaluable lessons.”

Horner said the team did not consider pitting Verstappen or Ricciardo to get them out of each other’s way earlier in their race-long battle.

“You don’t want to penalise one driver over the other, so we tried to give them the optimal strategy,” he said.

“Ideally we were hoping for a safety car in the last quarter of the race there, to go with the ultrasofts which we managed to go long enough to do, but we never dreamed we would be causing the safety car.” 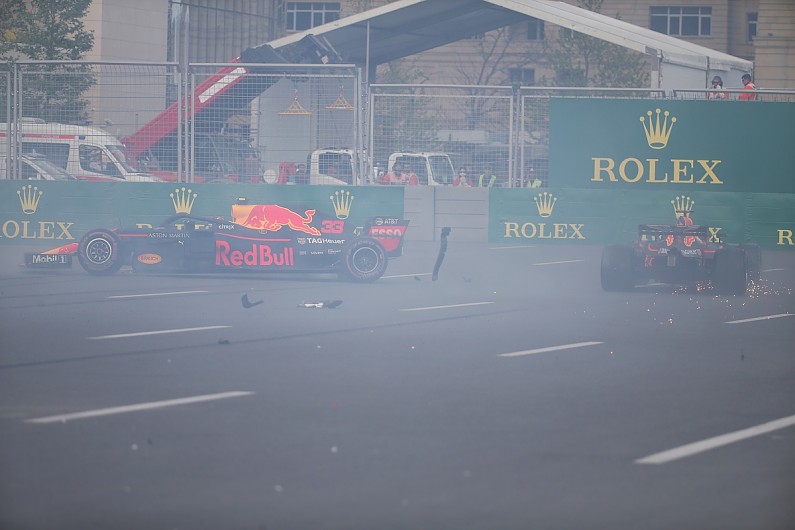 Horner also confirmed Red Bull had not expected Verstappen to jump ahead of Ricciardo at the pitstops, an outcome that set up the circumstances for the crash.

“We obviously tried to give the preferable stop to the lead car, so stopping Daniel first, having the track position, going onto the ultrasoft tyre, a new ultrasoft tyre which should theoretically have had better warm-up,” he added.

“I think Max benefited from a green first sector with DRS on one of the backmarkers. He then matched his best middle sector, and a strong final sector. The pitstops were within one tenth of a second of each other.

“Obviously Daniel’s out-lap wasn’t as quick as Max’s in-lap. So they found themselves that way round.

“Daniel’s tyres were at a working temperature quicker than Max’s, and obviously he was looking to capitalise on that. We’d seen a lot of good racing between the two of them prior to that all afternoon.”