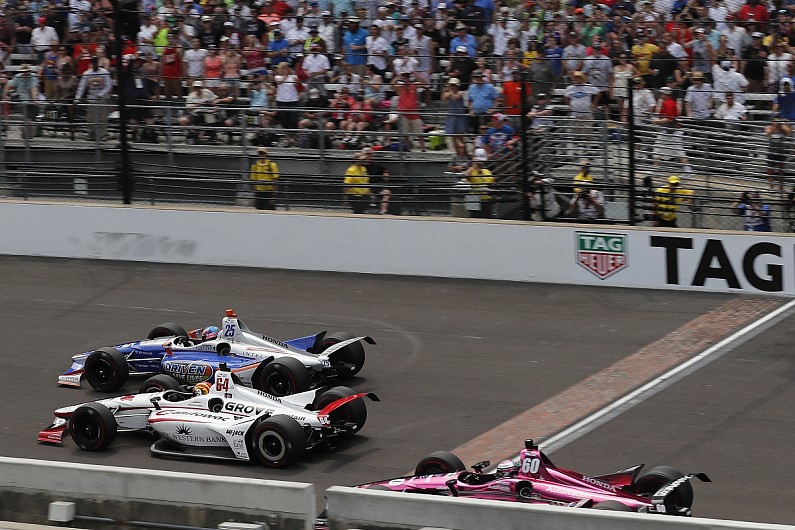 Stefan Wilson says he knew he was “screwed” while he led the final laps of the Indianapolis 500 due to a failed “win-or-bust” fuel gamble.

Andretti driver Wilson was second under a caution on lap 192 of 200, between the similarly off-sequence duo of Jack Harvey and Oriol Servia.

Wilson then took over at the front on a restart on lap 194 – making him and his late brother Justin the fourth brothers to have both led laps in the Indy 500.

But he was forced to peel into the pits two laps later because a lack of late cautions prevented him from stretching his fuel out to the finish, allowing Will Power into clean air to win.

“If the last yellow [for Tony Kanaan’s accident] had been three laps longer or if there had been another yellow, we’d have probably made it,” Wilson told Autosport.

“We were four laps of green short, but with three more laps of yellow, we’d have at least attempted to make it to the final lap. It was close.

“I knew I was screwed, when I had taken the green that we were going to fall short if it went green to the end, but it was important to still go for it because if I’m in the lead and the yellow comes out, we’ve got it. 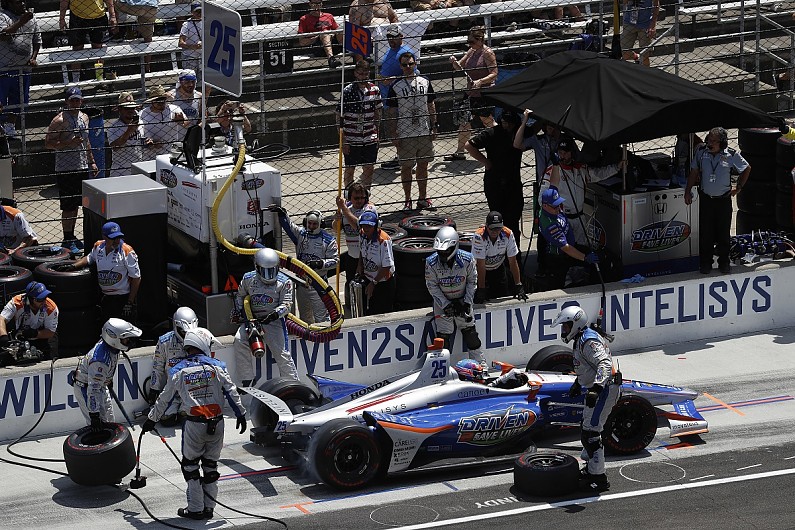 “So the whole #25 [Wilson] team rolled the dice but we knew what we were getting into.

“When the [Sage Karam-caused] yellow came out, we knew we were making our supposed last stop way early, on lap 158, but we all kind of agreed, ‘We’re going to go for it’. It was worth trying.”

Wilson, who finished 15th, feared a caution could have been called as he pitted.

“When you roll across the line and they tell you to pit next time by, you think, ‘What if a yellow comes out just as we peel off to pit?,” he said.

“Can you imagine? If that had happened, I’d have been mortified. As it is, we took a win-or-bust gamble and it almost paid off. So that’s fine.”

Wilson sat out last year’s race so two-time Formula 1 world champion Fernando Alonso could drive, with the promise he would contest the 2018 Indy 500.

The former Indy Lights driver has made three IndyCar starts and admitted his future is still uncertain.

“These people [in IndyCar] have only seen me in action sporadically over the last few years, since I was in Indy Lights,” he said. “They only look at me as Justin’s kid brother.

“This month we had a great run, after two years out of a car, and that was important.

“I kept the car in one piece, I’ve shown the team owners in two Months of May that I can look after the equipment, not overstep the limit, and in the right equipment I can be competitive.

“I hope I can come back next year. But there’s nothing set in stone right now.”