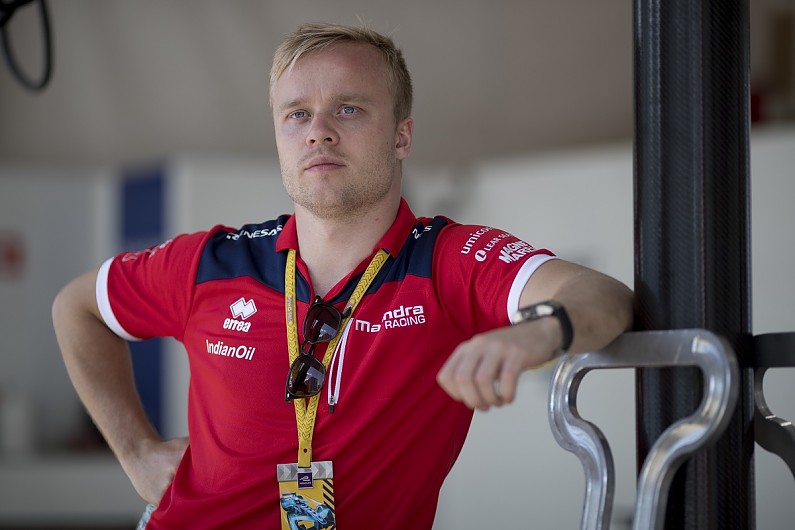 Rosenqvist’s Formula E future has been uncertain during the electric championship’s summer off-season and he was linked with a move to IndyCar with Ganassi, having previously tested for the team on two occasions.

Sources close to the negotiations described early discussions as “complicated” – Rosenqvist is managed by ex-Formula 1 driver Stefan Johansson, as is Dixon.

“To say I’m thrilled or excited to be making this step in my career would be an understatement,” said Rosenqvist.

“Coming to IndyCar and driving for Ganassi is a dream come true.

“I’ve followed the team for as long as I can remember, and it’s the kind of environment any driver would want to be in.

“To get this chance alongside a proven, multiple championship winner such as Scott Dixon is just an incredible opportunity.

“To be on the grid in next year’s Indy 500 is something that’s still sinking in.

“It will be an incredible experience and to line up on the Brickyard with one of the top teams is a surreal feeling.

“IndyCar as a whole is gaining a lot of momentum at the moment and I simply can’t wait to get down to work behind the wheel.”

The move places Rosenqvist in Ganassi’s #10 car, which means there is no space at the team for Ed Jones in 2019.

Jones therefore departs Ganassi after a single season where he struggled to match Dixon after the team opted to slim down to a two-car operation for 2018.

He could yet find refuge at Dale Coyne Racing – where he raced in 2017 – or at Carlin, another of his former teams.

Ganassi had previously placed Rosenqvist on its 2018 shortlist alongside Toro Rosso F1 driver Brendon Hartley, who was racing for Porsche in the World Endurance Championship at the time in 2017, before it eventually opted for Jones.

Chip Ganassi explained that Rosenqvist had earned his place in the team thanks to his test performances, which had impressed key personnel.

“Felix has become familiar with our team after coming over to test with us on a few occasions,” said Ganassi.

“Our management and engineering groups, along with the entire team, were impressed by his ability.

“The time was right to get him in the #10 car and I think I speak for a lot of people when I say that we are looking forward to seeing what he can do behind the wheel next season.”