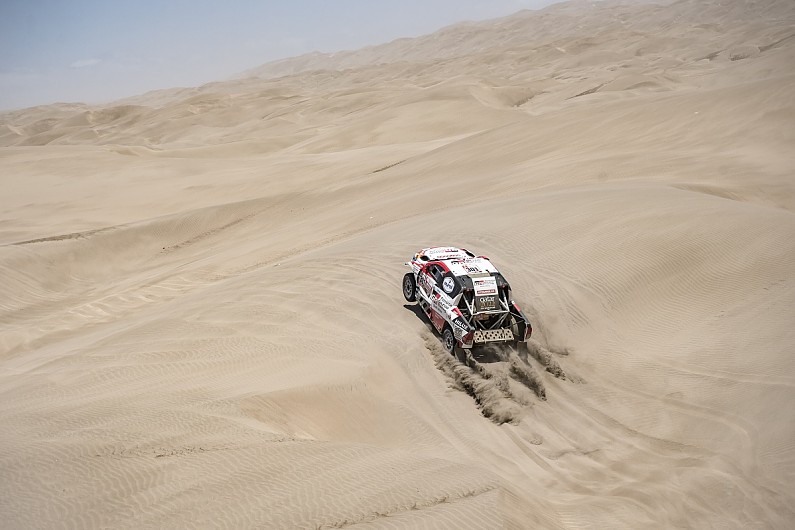 Sebastien Loeb picked up his third stage win of the 2019 Dakar Rally as the event resumed on Sunday, while Nasser Al-Attiyah extended his advantage at the front.

Toyota driver Al-Attiyah (pictured above) controlled the majority of the 193-mile Arequipa-San Juan de Marcona stage, which was interrupted by a brief neutralised zone, and halfway through he had built a cushion of nearly two minutes over Loeb.

Both drivers then lost time with around 25 miles remaining looking for a waypoint, but PH Sport Peugeot man Loeb managed to drop less than his rival and turned his previous deficit into a small advantage.

That left the Frenchman to claim his 13th career Dakar stage win by a margin of 2m17s, a result that promotes him from fifth in the general classification to second. 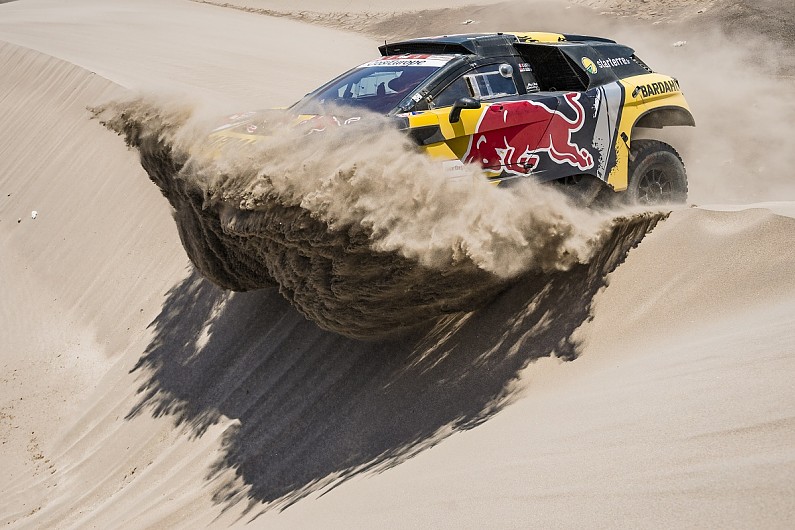 Despite his late error, Al-Attiyah still came away with an enhanced lead of 37m43s over Loeb, thanks to Stephane Peterhansel’s struggles.

Mini Buggy driver Peterhansel gave away 22 minutes to Al-Attiyah prior to the neutralised zone, and while he was able to claw back the gap to as little as 11 minutes he finally ended up giving away 18m49s to Loeb.

As a result, he now sits 41m14s behind Al-Attiyah overall in third.

The best of the Mini 4×4 runners is Nani Roma in fourth, 45m24s off the pace, but his X-raid team-mate Kuba Przygonski suffered a dreadful stage and shipped over an hour to the leaders.

That means Cyril Despres is now up to fifth overall in his Mini Buggy after a relatively incident-free day, albeit 1h23m off the lead.

Harry Hunt likewise encountered severe trouble, losing over two-and-a-half hours, which is likely to result in his Peugeot slipping out of the top 10 overall.