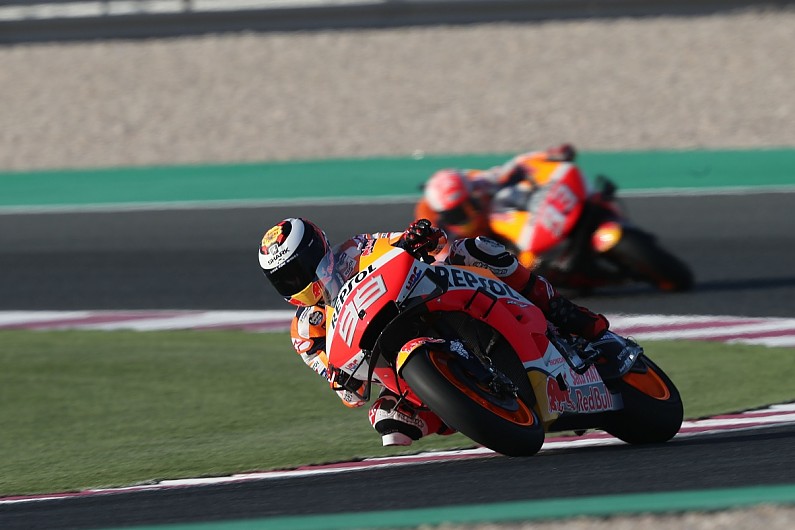 Lorenzo was second in the daytime opening practice session at Losail, trailing only Yamaha’s Valentino Rossi.

Although Lorenzo then slumped to 11th in the evening practice two session, Marquez named the three-time champion as the rider who surprised him most during Friday’s action – although he did concede he had not studied other riders’ lap times closely.

“He started really good, he started [fast] in FP1 already, so what that means is he feels the bike,” Marquez said when asked who had surprised him on Friday.

“When you start in FP1 already [up] there, that means you feel the bike, you work in a good way, so he will be very fast.”

When Marquez’s comments were put to him, Lorenzo said: “I was also surprised about my lap time, or the facility to make this lap time at the beginning.”

Despite dropping out of the top 10 in the combined classification after practice two – which means he is likely to have to fight through the opening segment of qualifying on Saturday because practice three is likely to be slower – Lorenzo was very satisfied with his Friday performance.

“I am very happy today. Very confident and very comfortable with the bike,” he said.

“I feel that we have very big potential but still we are not close to that potential that I believe that we can arrive at, so this is a good sign. 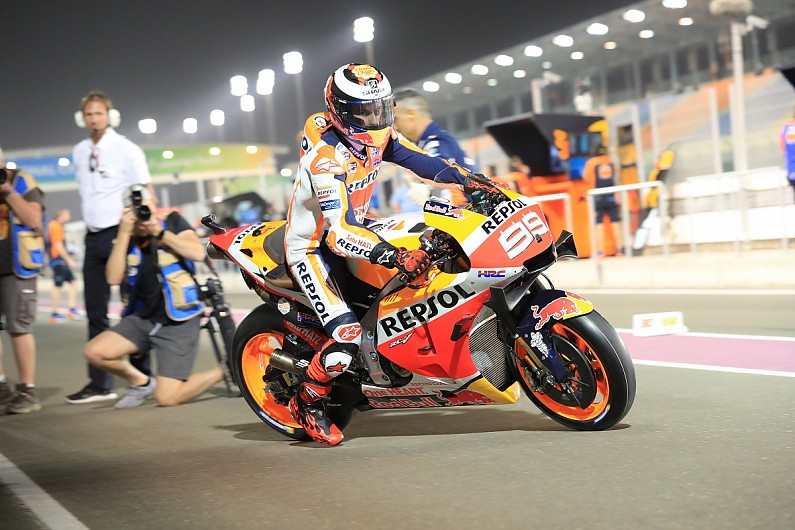 “In colder conditions probably we didn’t have the best set-up possible for those conditions. Much better during the day than in the night.

“We need to understand, to improve the bike in those conditions, to be able to be more competitive, but I have the feeling we can be very, very competitive if we find the right setting.”

Both Marquez and Lorenzo are still nursing injuries heading into the season opener, but neither was particularly concerned about the impact their fitness levels could have on Sunday.

Marquez, who set the new Qatar lap record in the evening and led nearest rival Maverick Vinales by almost half a second, said he “already forgot” his injury.

“I feel well on the bike, I feel even better than in the test,” he said.

“In the test still in some areas the power [from the shoulder] was not enough but now I felt better.

“Still even in some areas I need to improve a little bit but now it’s not any problem to ride like I want.”

Marquez did admit that his race pace in Qatar still needed work.

“We need to keep working and pushing on the race distance,” he said.

“If you see FP2, I started really good then on second run I am struggling a little bit but we were trying a completely different bike and then we came back to our standard bike that I felt better [with].

“Still, we need to improve there in a few areas to try to be more consistent and faster because our target is try to fight for the podium and victory on Sunday.”