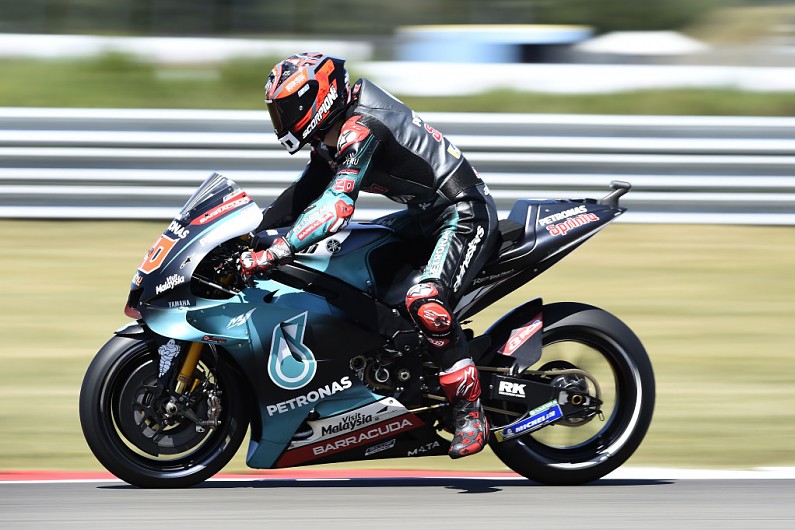 Fabio Quartararo obliterated the Assen lap record to top qualifying for MotoGP’s Dutch TT and take the third pole of his rookie season, with Valentino Rossi only 14th.

Quartararo set a time of 1m32.017, nearly half a second faster than his FP3 time, which was also a new lap record at the end of the session to deny fellow Yamaha rider Maverick Vinales. 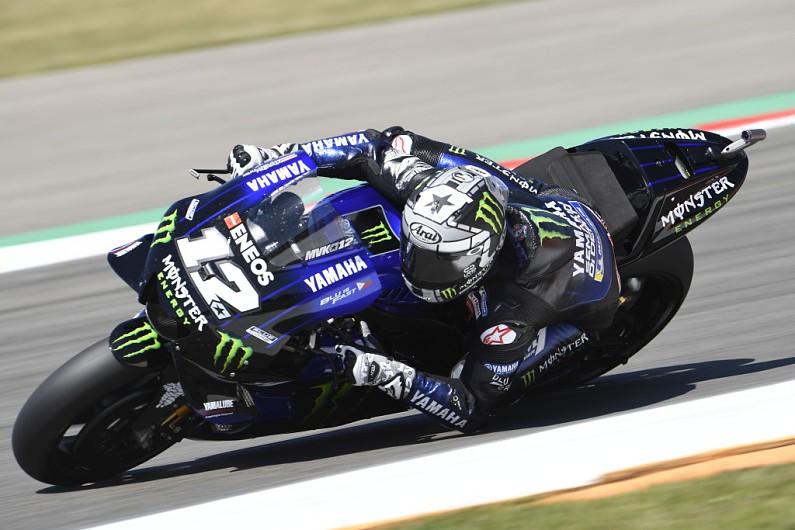 The Petronas SRT rider was a close second behind the Suzuki of Alex Rins after the first runs, but he made a big improvement after his mid-session pitstops.

First, it was Vinales who demoted Rins, but Quartararo went faster than his factory counterpart by 0.140s.

Vinales will complete a Yamaha one-two on the grid with Rins settling for third, having improved by only 0.003s on his second run.

Honda’s Marc Marquez will not start from the front row for the first time this year after qualifying fourth.

He miraculously saved a crash at Turn 1 a the start of his penultimate effort, and was unable to lift himself off the second row using Ducati’s Andrea Dovizioso as a reference.

Joan Mir brought the second Suzuki into the top five, despite only making it to Q2 after Rossi’s top time was deleted at the end of FP3.

LCR Honda’s Cal Crutchlow was sixth ahead of the top Ducati of Danilo Petrucci, who was 1.2s off the pace.

Dovizioso was three seconds off the pace at the end of his first run, and could only muster enough for 11th on his final attempt ahead of KTM’s Pol Espargaro.

Rins dominated the first part of qualifying, leading from his first flying lap until the finish.

He had a six-tenth advantage over Francesco Bagnaia after his first run, and then made a small improvement just before the chequered flag to end up with a 1m32.710s.

Bagnaia was eventually denied a Q2 spot by Espargaro, who made a heroic effort to go through with an injured right wrist – a legacy of a crash in the Barcelona post-race test.

The Pramac Ducati rider will start 13th alongside his mentor Rossi, who missed out on progressing to Q2 for the fourth time this year by 0.166s.

KTM’s Johann Zarco was a disappointing 18th, having done his first run with a hard rear tyre, and then crashed at Turn 5 after switching to the soft.