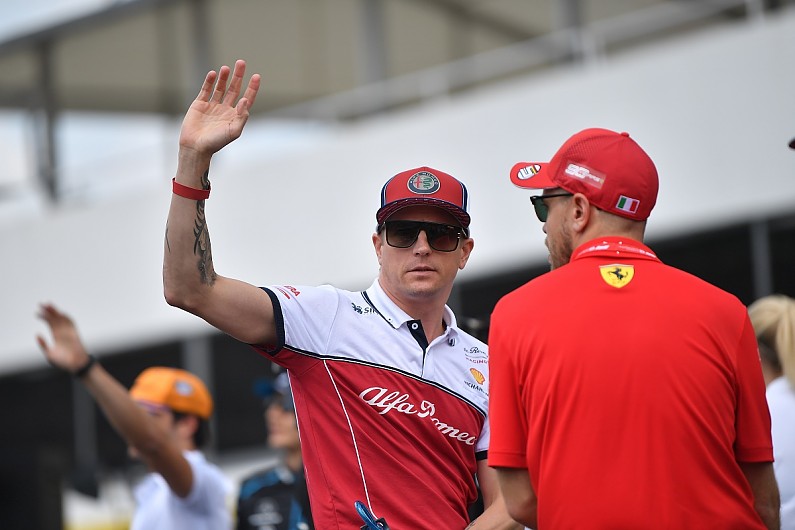 Raikkonen signed a two-year deal with Sauber, which morphed into Alfa Romeo for 2019, after learning he would lose his Ferrari seat once the 2018 season had ended.

The 2007 world champion is eighth in the championship with eight points finishes in 12 grands prix, and has scored 31 of Alfa’s 32 points so far in 2019.

Vasseur told Autosport: “The advantage with Kimi is before he signed last year we had hours of discussions, about the team, the positive and negative points, where we could improve, where we have to improve.

“We were very open about what is the real situation of the company.

“And I think now he is not surprised when we have issues because we knew that before.

“He’s fully committed on the project. I don’t know how he was last year with Ferrari, I was not there, but for us it is working perfectly.”

Raikkonen made his F1 debut with Sauber in 2001 and has spoken this year of the impact it has had to drive for a team where he is happy, closer to home in Switzerland and free of the politics of a leading manufacturer.

Vasseur said he could not predict the results Raikkonen would enjoy with the team but said in terms of how he has fit in, “he’s taken to my expectation”. 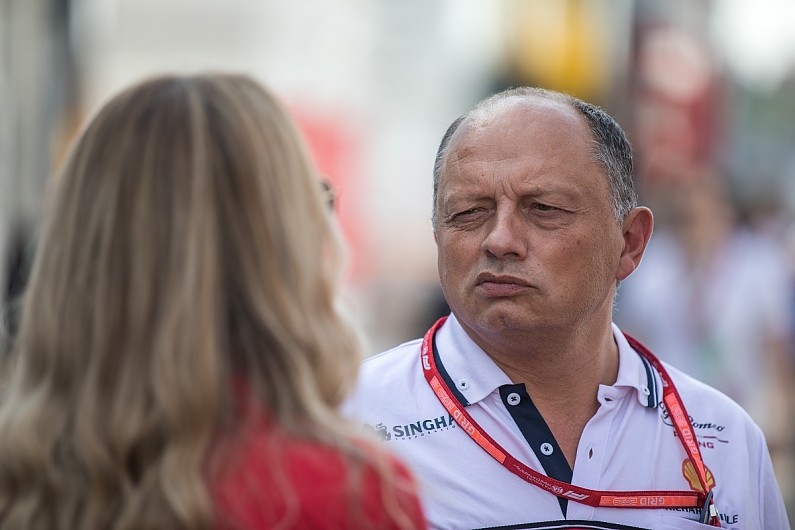 “The most important for me was to make sure he was committed,” said Vasseur.

“Committed means he will be present at the factory, he will push the guys, he will be demanding.

“He is demanding, and I don’t want him to relax, that’s absolutely not the case.

“I want to have someone in the team pushing for results.

“It’s a good situation for the engineers also and it’s important.

“But he already understands that he’s not at Ferrari or Mercedes and everything can’t be fixed in two weeks.”

Raikkonen raised eyebrows earlier this year when he described F1 as more of a “hobby” since switching to Alfa.

That was a reference to the enjoyment he gets from racing again and Vasseur said this is playing a part in how well Raikkonen is driving.

“You have to do the job on Saturday and Sunday, and you have to be fully convinced everybody is pushing in the right direction,” said Vasseur.

“The psychological side of this is very important.

“To me, he likes the atmosphere. We have discussions, it is straightforward, black and white, honestly it’s quite easy to manage with us.

“I’m more than happy with the current situation. He is doing a fantastic job in the car, he is coming to the factory every single week, he’s fully committed.

“It couldn’t be better.” 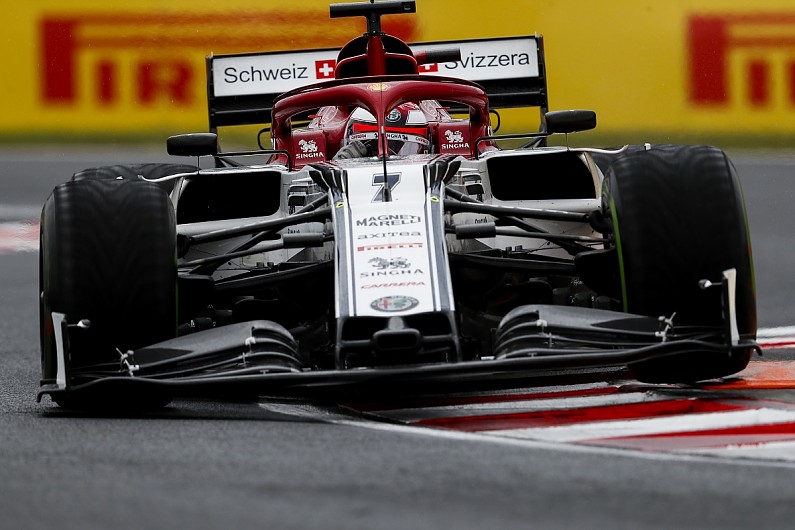