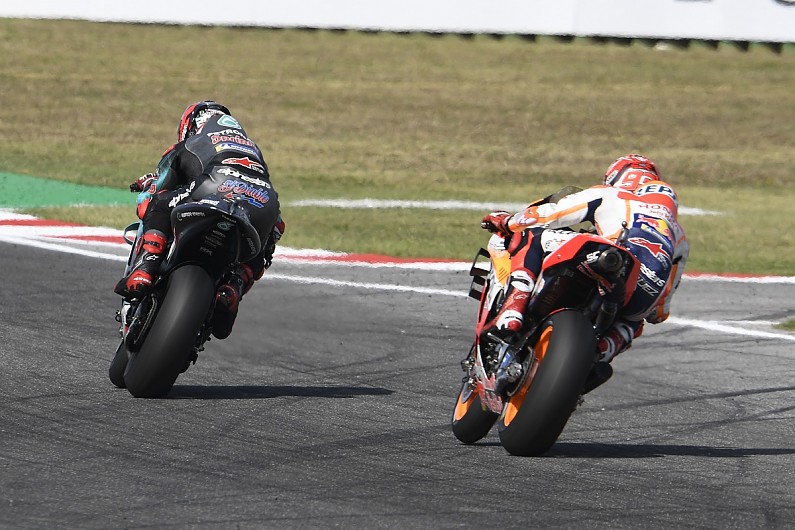 Fabio Quartararo has made waves in his rookie premier class season with the Petronas SRT Yamaha team, scoring three pole positions and four podiums in his first 13 races in MotoGP.

At Misano, he led for most of the 27-lap contest, resisting immense pressure from reigning world champion Marc Marquez up until the last tour.

They also pick the bones of Yamaha’s current predicament regarding its future factory line-up amidst the seemingly unstoppable rise of Quartararo, and just what his Misano win meant to Marquez following a spat with arch rival Valentino Rossi at the end of qualifying.

KTM’s 2020 rider situation is also touched on again, as a former KTM runner is back in the frame to replace Johann Zarco for 2020.

This podcast was recorded before the announcement Zarco would be dropped with immediate effect for the remainder of the 2019 campaign.

The Tanks Slappers podcast is Autosport and the Motorsport Network’s new weekly podcast for all things two wheel and is available to subscribe to for free via ITunes, Spotify and other podcast suppliers – just search for ‘Tank Slappers’.