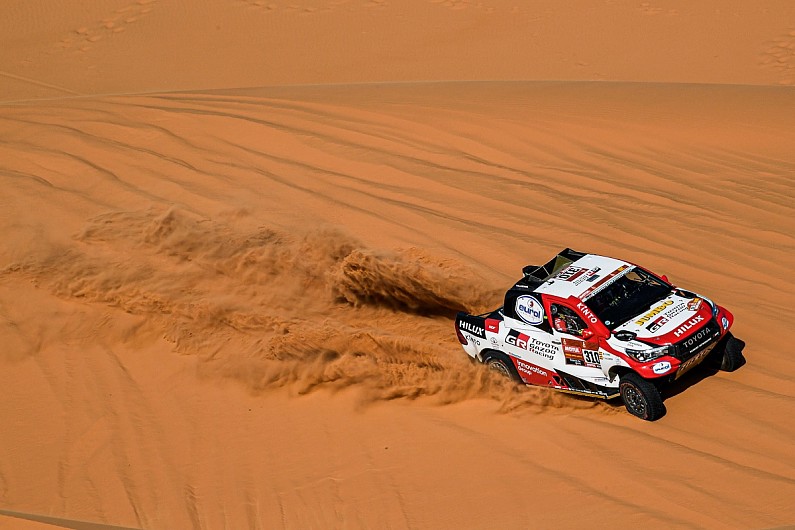 Fernando Alonso’s Toyota Hilux has been damaged in a double rollover during the 10th stage of the 2020 Dakar Rally.

The Spaniard hit a dune at an awkward angle two kilometres into the 534-kilometre test, pitching he and Marc Coma’s Hilux into a roll.

The car landed back on its wheels after two full revolutions, with initial fears that it would be too damaged to continue without a lengthy wait on outside assistance.

However Autosport understands that Alonso and Coma have since removed the car’s windscreen and have continued unaided despite the suspension also taking a big hit.

The pair were sitting 10th heading into today’s stage, some three hours and 17 minutes behind rally leader Carlos Sainz.

The accident on stage 10 on Monday has cost the duo a further 68 minutes.

Earlier in the week, Alonso admitted he had exceeded “all kinds of personal goals” in his Dakar debut – a comment which followed a best stage finish of second during the marathon’s eighth stage on Monday.