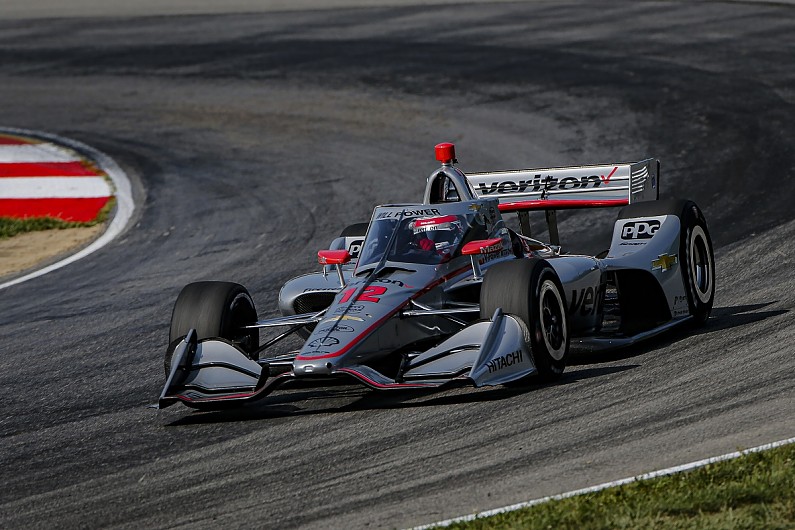 Team Penske’s Will Power earned his third pole position of the 2020 IndyCar season, after topping qualifying for the opening race of the double-header weekend at Mid-Ohio.

The 23 drivers were split across two sessions, with the fastest session setting the odd-numbered grid positions and the other group responsible for deciding who occupies the even-numbered grid slots.

Power, the 2014 IndyCar champion, posted a 1m06.3343s to edge his team-mate Josef Newgarden in the first qualifying group by over two-tenths.

Power’s best effort proved to be much faster than practice pacesetter Ryan Hunter-Reay’s benchmark in the second qualifying group.

The 2012 series champion marked a return to form for Andretti Autosport following a difficult round at Gateway last time out, with a session-topping 1m06.7287s lap time.

Conor Daly, who is back racing for Ed Carpenter Racing after competing on the oval races with Carlin, will start in an excellent fourth position.

Daly’s 2013 GP3 title rival Jack Harvey continued his strong road-course qualifying form and will line-up in fifth place alongside Andretti’s Alexander Rossi – still with just one podium this year after finishing in second and third places in the 2018 and 2019 drivers’ championships.

The 2019 Indianapolis 500 winner Simon Pagenaud will be hoping to end his recent run of poor form when he starts Saturday’s race from 10th on the grid.

Championship leader Scott Dixon will start from a lowly 17th place with his main championship rival Newgarden starting in third.

Dixon does have a mathematical chance of wrapping up the title this weekend but would need to significantly increase his championship advantage to seal the title.

The 40-year-old will share the ninth row with reigning Indianapolis 500 winner Takuma Sato.