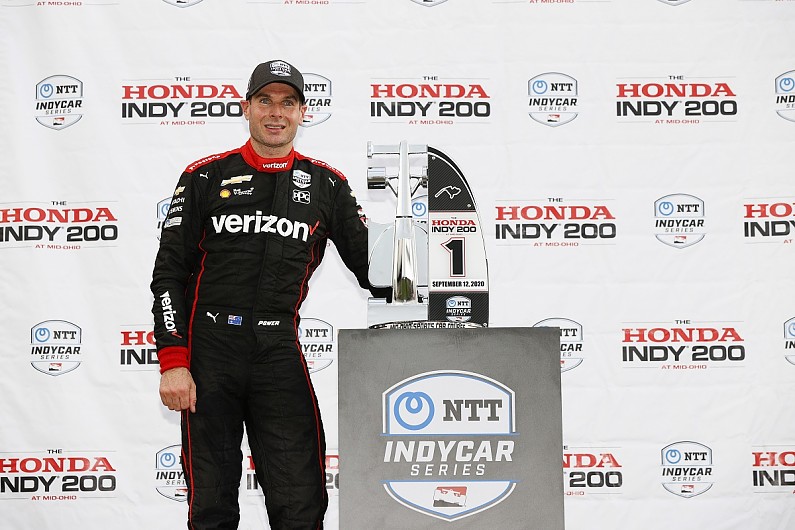 Will Power claimed his first victory of the 2020 IndyCar season with a commanding victory in the opening race of the double-header weekend at Mid-Ohio.

Power scooped his 60th career pole earlier on Saturday and converted that qualifying advantage into an early race lead ahead of his Team Penske team-mate Josef Newgarden.

At the other end of the top 10, the third Penske of Simon Pagenaud spun after contact with Ed Carpenter Racing’s Rinus VeeKay and dropped to the back of the field on the opening lap.

Power, the 2014 IndyCar champion, faced no such problems with a faultless drive to his first win at Mid-Ohio and his first IndyCar victory since the Australian won the penultimate round of the 2019 season at Portland.

Newgarden finished in a distant second place, over seven seconds behind Power but just clear of a tense battle for the final place on the podium between Alexander Rossi and Graham Rahal.

Andretti Autosport’s Rossi (below) jumped his front-row starting team-mate Ryan Hunter-Reay at the final pitstop and fended off late-race pressure from Rahal to earn his second podium of a difficult 2020 campaign.

After a tough previous round at Gateway, Rahal returned to form with a fourth-place finish ahead of Hunter-Reay. 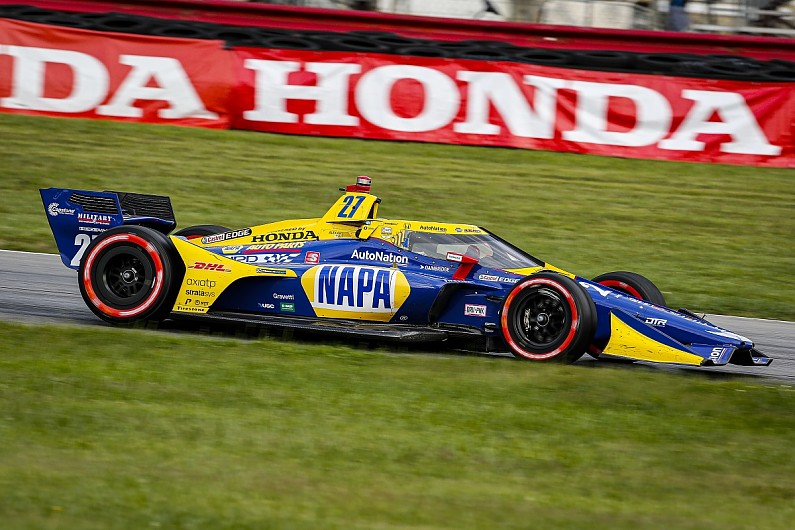 Felix Rosenqvist, who was denied a maiden IndyCar victory by his team-mate Scott Dixon at this circuit in 2019, came home in sixth place while Jack Harvey equalled his best result of the year in seventh.

VeeKay took eighth after a bold move around the outside of Colton Herta while the duo were attempting to pass the lapped Dalton Kellett.

Herta was forced to settle for ninth ahead of championship leader Dixon, who climbed from 17th on the grid to 11th in the first 10 laps of the race.

He struggled to make further progress thereafter and only ended up 10th at the chequered flag after ECR’s Conor Daly slowed on the final lap of the race and dropped to 13th.

Arrow McLaren SP’s Pato O’Ward stalled in the pits but recovered to finish in 11th place ahead of Super Formula convert Alex Palou.

With the whole race running under green flags, Pagenaud could only make a muted recovery drive to finish 18th.