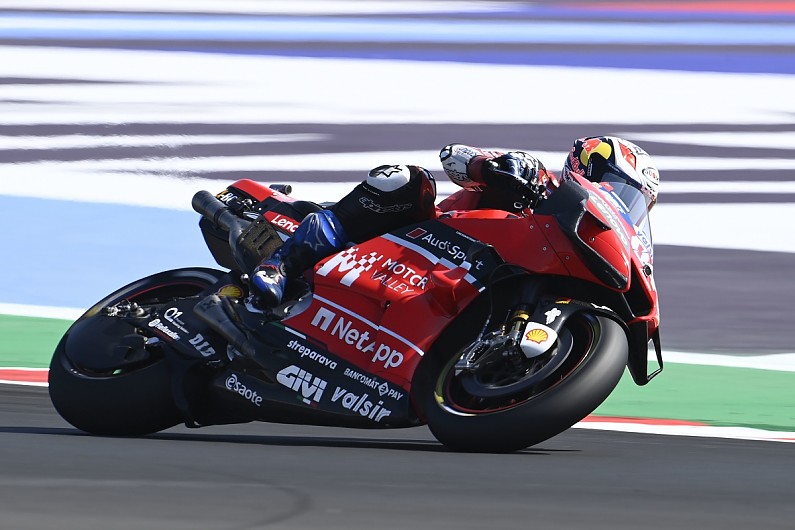 Andrea Dovizioso admits his consistency “will not be enough” to win the 2020 MotoGP title because his speed still isn’t good enough, despite him now leading the standings.

The Ducati rider struggled throughout the San Marino Grand Prix weekend at Misano and ended up seventh, but now leads the championship by six points after Fabio Quartararo crashed out.

Dovizioso’s form in 2020 has been wildly inconsistent, with a third-place in the Spanish GP and victory in the first Austria race flanked by sixth and 11th-place finishes in the Czech and Andalusian GPs.

This is a result of Michelin’s 2020 tyre construction not matching to Dovizioso’s riding style on the Ducati.

Despite his struggles, though, many still peg Dovizioso as one of the favourites for this year’s title given his experience in this situation amidst an unpredictable campaign – with the Italian one of just four riders not to have registered a DNF so far.

But Dovizioso does not see it like this, admitting his current form – regardless of his consistency and experience – won’t be enough to sustain his challenge through to the end of the year.

“For sure, but this happens in every year,” Dovizioso said when asked if his consistency will be key in the title battle. 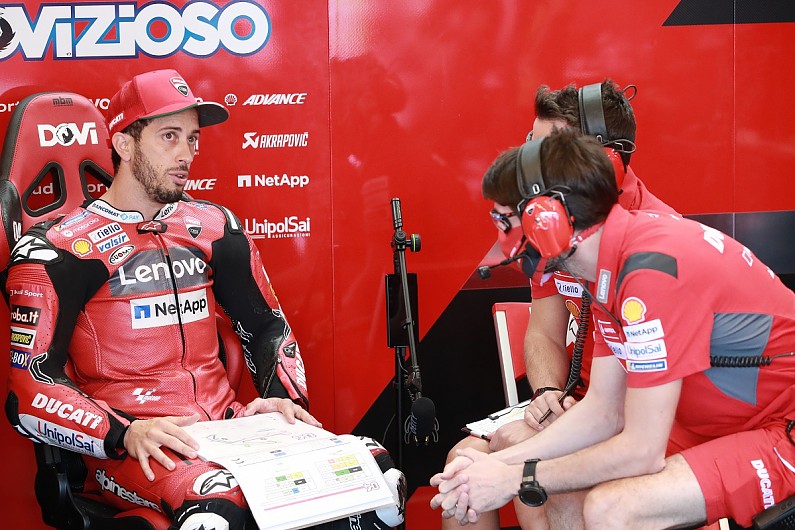 “This is my approach and it works for the championship. This is one positive thing of me.

“But this is not enough, it will not be enough because with this speed you are not able to fight to the end of the championship.

“So, this is something good to have, but it’s not enough.”

Elaborating further on how the tyre is affecting him on the Ducati, Dovizioso explained: “So, in every track the situation can change.

“Look at KTM, it wasn’t fast here. So, this is the tyre balance and every race you can be really fast or slow because the tyre is different.

“But the characteristic of the tyre is another story. In the way you have to ride, it’s different than in the past for Ducati.

“In the past you had to brake, make some slide to remove a little bit of weight from the front, slow down and make the corners.

“This is not the way I’m riding.

“Second problem, on exit you have to wait to open the throttle because the slid on maximum angle is easy to lose the rear.

“So, it’s difficult to make the speed in the middle of the corner.”